Chris has been a part of the Wenatchee Wild coaching staff since the teams inception in 2008. As assistant coach, Chris has helped and worked with 8 NCAA Division I, 3 WHL and 2 NHL drafted goaltenders.

Prior to joining the Wenatchee Wild, Chris spent the 2007-08 season as a graduate assistant at Division I Minnesota State University – Mankato (WCHA).

Chris played college hockey for the Minnesota State University -Mankato Mavericks from 2003 to 2007, when he graduated with a Bachelor of Science degree in Sports Management and a minor in Marketing. Chris was a member of the WCHA All-Academic team from 2004-2007 and received the Mavericks Most Improved Player in 2004-05.  He was honored in the 2007 WCHA Final Five program for his volunteer work in the Mankato community.

Before moving on to college, Chris played junior hockey from 2001 to 2003 in the BCHL and was a member of the 2001-02 Fred Page Cup Champion Victoria Salsa.

Chris and his wife Julie live in Wenatchee with their newborn son Cooper and their dogs, Buster and Madison.

Leigh Mendelson joined the Wenatchee Wild prior to the 2017-18 season in a dual role as both Associate Head Coach and Director of Recruiting. His coaching career is considerable, with over 10 seasons of experience at the junior level in both the NAHL and USHL. Add in four seasons of pro experience in the ECHL and AHL, and three seasons in Europe to go along with his three years of Division I college, and you’ve got a world of experience. With a focus on the defensive side of the game, his skill set serves as the perfect balance to the established Wild staff.

He co-founded Bench Metrics (http://www.benchmetricshockey.com), a hockey analytics software company which serves teams from the NHL through youth hockey, as well as co-authored a chapter on Special Teams with George Gwozdecky in the recently published “The Hockey Coaches Bible” by Joe Bertagna.

He has coached Junior hockey in the WHL (Everett), USHL (Omaha, Youngstown), NAHL (Wenatchee), and also spent two years at the NCAA Division 1 level (University of Denver). In the past ten seasons Michael has coached 39 NHL draft picks, six of whom were selected in the 1st round of the NHL Entry Draft. A native from Queens, New York, Michael now resides in Seattle, WA.

Matt joined the Wild for his first season in 2018-19. He has a Masters Degree in Athletic Training from the University of Nebraska-Omaha. He’s worked with athletes in multiple sports, including hockey with the Omaha Lancers.

He’s excited to be a part of the Wild program and looks forward to continue exploring the Northwest.

Pepe has been with the Wild franchise since the beginning. It’s been said, “If you don’t get along with Pepe, it’s probably YOU!” Pepe lives in Wenatchee and manages rental properties when he’s not at the rink.

Ryan McKelvie brings a wealth of experience at the NCAA and Junior A levels to the Wenatchee Wolves. Most recently, McKelvie served as the head coach at the Lake Forest College, an NCAA DIII team. In just three seasons, McKelvie was able to transform the struggling program into a nationally competitive program with the team having their best conference record in over twenty years. For his efforts, McKelvie was named the NCHA Coach of the Year in 2014. Prior to his time at Lake Forest, McKelvie spent a year as an assistant coach at the University of Alaska-Anchorage, and two years as a graduate assistant coach at Bemidji State University, both NCAA D1 programs. In addition to his coaching experience at the NCAA level, McKelvie spent two seasons as the Associate Head Coach for the Wenatchee Wild (NAHL) where they had a two year expansion team record of 92-33-7 and won two NAHL West Division titles. They had 17 NCAA D1 commitments and 2 NHL draft picks, which was the most in the NAHL during that time. McKelvie holds a master’s degree in Sports Science and a bachelor’s teaching degree in Physical Education K-12. As a player, McKelvie was a three year assistant captain at the NCAA D1 level for Minnesota State University- Mankato.

Coach Brodie returns to the Wenatchee Valley for the first time since stepping foot on the ice as a player with the inaugural Wenatchee Wild team in 2008. In two seasons playing for the Wild, Brodie helped the team to back to back West Division titles and a Robertson Cup championship game appearance. His play in Wenatchee earned him a scholarship to play hockey at NCAA Division I Bemidji State University in the WCHA.  Brodie played two years at BSU, where he was a two-time WCHA scholar athlete award winner and twice recognized on the Academic All-WCHA team, before transferring to Division III University of Wisconsin Stevens-Point. In two years at UWSP, Brodie was a CCM first team All-American, played in two Frozen Four National Championship games, was two-time first team all-conference, and led the conference in points for a defenseman. After graduating from UWSP with a Bachelor’s degree in Business with an emphasis in Entrepreneurship, Brodie went on to play professional hockey for the Stockton Thunder in the ECHL and the Columbus Cottonmouths in the SPHL. Much like when he played, Brodie brings energy and enthusiasm to the Wolves, all the while ready to learn and absorb information from all the wisdom that surrounds him with the coaching staff in the Wenatchee Wild organization.

Coach Mead is another familiar face to the Wenatchee Wild Organization. Having once served as Assistant Captain of the Wild, Mead helped the team to the 2012-2013 West Division Championship and Robertson Cup Championship appearance. Before joining the Wild, Mead was a member of the OHL’s Sault St. Marie Greyhounds, working under the leadership of former NHLers Denny Lambert and Mike Stapleton. Mead also played two years in the USHL. His first season in the USHL was for the Omaha Lancers, coached by current Wild head coach Bliss Littler, where Mead helped his team to a Western Conference Championship. Playing for the Fargo Force in his second season of the USHL, Mead was under the leadership of former NHLer John Marks. After leaving The Wild in 2013, Mead studied at Selkirk College while playing for the Selkirk Saints winning a BCIHL championship. From 2014-2016, Mead spent time in Danbury, Connecticut, playing for the FHL’s Danbury Titans. Now back in the Wenatchee Valley, Mead is proud to start his coaching career working and learning from the experienced and skilled coaching staff of the Wenatchee Wild Organization. 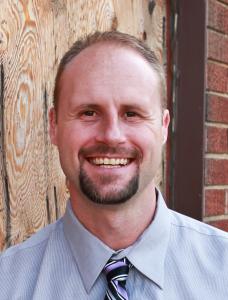 Aron has been in the health and fitness for over 20 years working with cardiopulmonary patients, orthopedic and neurological injuries as well as training athletes of all abilities.  Aron worked with Men and Women’s Soccer at Montana State-Billings and later became the Head Strength and Conditioning Coach at Rocky Mountain College where he was responsible for developing training and conditioning programs for all varsity men and women’s sports.  He also spent four years as the Director of Fitness Operations at the Seattle Athletic Club- Downtown overseeing all fitness aspects of the business.

Aron is currently the General Manager at the Gold’s Gyms of Wenatchee Valley and has been there for 6 years. He has been the Strength and Conditioning Coach for the Wenatchee Wild since 2012.